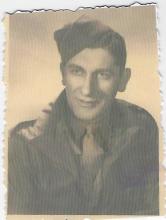 The second World War officially ended 75 years ago on Sept 2, 1945 — V Day. The documents were signed abord the USS Missouri in Tokyo Bay.
More than 16 million men and women served our nation during World War II. Forty-five thousand gave their lives and 55,000 were wounded.
My uncle Jim Heiskell was one of those who served. Uncle Jim is now passed on but when reviewing some of his belongings I found his military papers along with an article from his unit of the history of the unit.