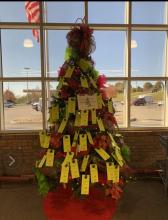 Look for the Angel Trees at local businesses

Union County Children’s Charity, Inc. (UCCC), a 501c3 nonprofit organization, is on a mission to ensure that every child in Union County receives a present on Christmas morning. With the COVID-19 pandemic afoot, many noble efforts and events have been derailed, but the UCCC is committed to doing whatever is necessary to see that this program survives. Gina Buckner, the current president of the UCCC, says, “It may look different this year, but extensive plans are underway now to safely distribute toys to families in need again this winter.” 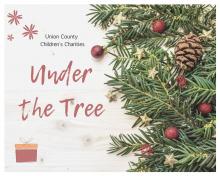 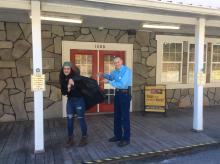 Since 1985, there has been a grassroots effort to make sure that every child in Union County has gifts from Santa on Christmas morning. That effort started out under the name Union County Toys for Tots and operated under the Union County Business and Professional Association. Now, it's called Union County Children's Charities Under the Tree, and this year it will serve 427 children right here at home.

Acceptance letters will soon be sent out with information about Distribution Day. We have listed the child’s name and claim number which are needed to claim your child’s pre-made bag. 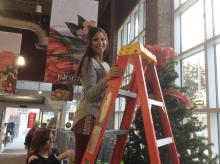 Chief Elf Brooke Simpson and Gina Buckner putting a tree up at Food City. Brooke is the brains amongst the paper work to keep things organized.

The commons area at Union County High School was filled with love, compassion and the drive to do what's right Dec. 9, as volunteers gathered to help with the Union County Children's Charities Under the Tree gift distribution, formerly known as Union County Toys for Tots. Union County Trustee Gina Buckner, who has chaired the effort for many years, said 492 children were signed up to receive toys this year, up from 480 last year.

Union County Children's Charity annual "Under the Tree" toy program is underway. The event is for low income Union County children ages 0-12 years. Applications were distributed through the Union County Public Schools and the deadline has passed. Now the ornaments are printed and put on trees in various businesses throughout the county.