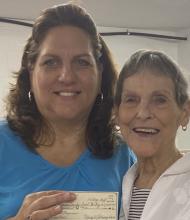 Union County Food Pantry started in 1997 when the current Director, Kitty Lewis, had a close friend from church who shared with her the struggles that people in our area were having with getting enough food to last the entire month. One lady was rumored to stretch her budget by eating cat food. These unfortunate circumstances spurred these two ladies to take action. Lewis and friends turned to local churches and have been supported by congregations and individuals ever since. 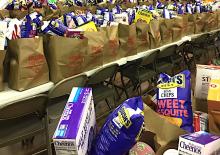 At the November Union County Commission meeting, Vice Mayor Gary England presided since Mayor Bailey was chaperoning his son's school trip to the BETA Convention.
The October minutes and one notary were approved.
Gary England referenced the Mayor's Report and requested that commissioners review the printed report and contact Mayor Bailey with any questions they may have.
Sheriff Breeding reported 748 calls, eight wrecks with injury, 30 wrecks with no injury, 136 booked, 146 released and 89 as the current jail population for the month of October.