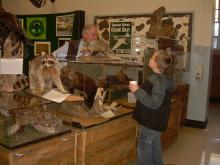 Amazing all the critters we have in Tennessee! 2011. Photos by the author.

I recently read a report that said in the past five decades, North America’s bird population has decreased by over 3 billion individuals. That’s Billion with a capital “B.” And that is only in North America. The reports are similar in Europe, South America and other parts of the world. So what happens when we no longer have chance encounters seeing unique and intriguing birds? The norm will be that the next generation won’t miss them because they weren’t ever aware of their existence. Clear as mud?