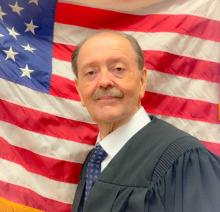 A Butcher, a Baker, a Candlestick Maker…Mother Goose nursery rhymes of yore had youngsters thinking of various professions in a fun and lyrical manner. Then, in the mid-twentieth century, as television entered America’s family rooms, the possibilities were more easily imagined. Wide-eyed kids began to imagine being an Astronaut, a Police Detective, a Rock-n-roll Musician, a Soldier, a Wilderness Explorer, or even President. Honorable Darryl Edmondson, General Sessions Court Judge, was one of those kids. 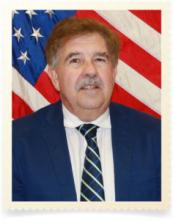 Whether an elected official or appointed official, there are hundreds of people serving Maynardville and its neighboring communities within Union County in local, county, and state government offices every day. Some carry familiar titles (thanks to fictional TV characters and highly publicized local elections), such as City Commissioner, Mayor, or County Sheriff. There are dozens of other titles, not as commonly known but no less vital, that are given to people who are as dedicated to our communities as high-profile positions.