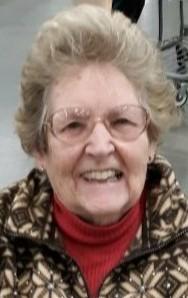 Mary Ann (Needham) Tharpe died peacefully at her home in Fountain City, a suburb of Knoxville, Tenn., on July 30, 2020. She was diagnosed with Alzheimer’s disease eight years ago, but did not suffer. She was able to remain in her home of 60+ years during that time thanks to the loving care of her niece, Robin Delph, Miranda Corum and her daughter LaKaya, and Teresa Kay Collins, who became her full time caregiver and companion four years ago. Teresa and her family adopted Mary Ann as one of their own and included her in their many gatherings. In April 2019, she was able to visit her daughter’s new home near Greenville, S.C., and play with her grand cat, Leo. Born on her family’s farm on July 6, 1931, in Maynardville, Tenn., Mary Ann attended Horace Maynard High School. She married her high-school sweetheart William Gene Tharpe on June 1, 1955, and they were able to celebrate 49 years of marriage before his death on his 77th birthday on July 20, 2006. Mary Ann cared for him throughout his battle with vascular dementia and no doubt has received a few extra jewels in her Heavenly crown because of that devotion. Following high school, Mary Ann worked at the Standard Knitting Mill until the birth of her only child, who she named Bunny because of her fondness for the rabbits raised on farm when she was a child. She and Gene were married for 13 years before becoming parents, believing they would not be able to have children. In fact, when Mary Ann complained of certain symptoms, Gene told her she was “just going through the change.” The doctor clarified that indeed, “your lives are about to change!” Mary Ann will be remembered for her sense of humor, especially her drawn-out punch lines because she always got tickled at herself. She loved country music, especially Patsy Cline, Loretta Lynn and Dolly Parton, and her rendition of “Blue Moon of Kentucky” always concluded with a lovely yodel. She also loved football, had a great throwing arm, and probably could have helped coach the Tennessee Vols out of their slumps. She is survived by her daughter, Bunny Tharpe, of Mauldin, S.C., nieces Jay Lynn (McHaffie) Fosha of Sacramento, Calif., Sherry (Needham) Bryant of Knoxville, Tenn., Kenneth Needham of Knoxville, Janice (Needham) Tindell of Knoxville; Robin (Tharpe) Delph of Knoxville; Brad Tharpe of Claremont, Calif., Brock Tharpe of Powell, Tenn., Derick Tharpe of Maynardville, Tenn., Cecily (Tharpe) Perry of Hepler, Kansas, Lindlae (Tharpe) Parish of Edgewater, Fla., Kenneth Needham of Knoxville, Janice (Needham) Tindell of Knoxville, and several great nieces and nephews on both sides of the family. Loved ones who met Jesus face to face before her include her parents, Gertrude (Cox) Needham and Robert Needham of Maynardville, brothers Earl Needham of Knoxville and Glen Needham of Maynardville, sisters Dorothy (Needham) Scott of Sacramento, Calif., and Peggy (Needham) Arms of Maynardville, and nephew Charles Hugh (Chuck) Tharpe of Powell, Tenn. Family and friends may pay their respects on Saturday, August 1, between 9 a.m. and 5 p.m. at Mynatt Funeral Home in Fountain City. A graveside service will be held on Sunday, August 2, at 11 a.m. at Butcher Cemetery, Butcher Hollow Road, Maynardville, Tenn., 37807. In lieu of flowers, donations may be made to the Alzheimer’s Association or an animal rescue/shelter of your choosing. “Lord, help us all to get right. Amen.” This was Mary Ann’s frequent prayer. Although simple, it is a wonderful expression of the Gospel and she is dancing on the streets of gold because of her faith in it.

Robert Taylor-age 79 of Sharps Chapel succumbed after a short course of failed treatment to stage IV metastatic melanoma Friday, January 22, 2021 at his home. 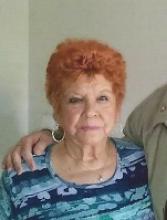 Willda R. Hobby-age 82 of Mascot passed away Sunday, January 17, 2021 at North Knoxville Medical Center. She was the oldest member and the pianist for Highland Springs Baptist Church and she loved to go to church and worship the Lord. Preceded in death by Husband, James B. Hobby; son, Mark Kevin Hobby. 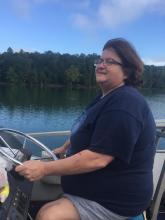 LaVerne Douglas Helton, age 59 of Maynardville passed away Sunday, January 17, 2021. A member of Shepard of the Hills Baptist Church. She loved her church and teaching the children and being a positive influence in their life. LaVerne enjoyed fishing and camping and loving on her animals and spent much of her time crocheting “gifts” for many ministries and nursing home residents. She is survived by her husband of 39 years Marvin Glenn Helton Sr.; parents William and Yvonne Douglas; children Marvin Glenn Helton Jr. 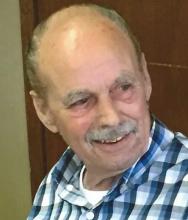 John Marvin Paul-age 78 of LaFollette passed away Saturday morning, January 16, 2021 at Turkey Creek Medical Center. He was a member of Fundamental Missionary Baptist Church, LaFollette and was a retired automobile mechanic. He loved to work on classic cars and was an avid fisherman. He was a great husband, father and grandfather. John was one of 15 children of which nine have preceded him in death along with his parents, Lawrence and Edith (Collins) Paul; wife, Laura (Rutherford) Paul; granddaughter, Laura Ellen.

Phyllis Leonard Turner- age 85 of Knoxville passed away Sunday, January 17, 2021 at Fort Sanders Regional Medical Center in Knoxville. She was born June 13, 1935 to the late Garland and Gladys Leonard.
Graveside service will be Monday, January 18, 2021 at 1 p.m. at the Narrow Ridge Cemetery.
Arrangements by Cooke-Campbell Mortuary. 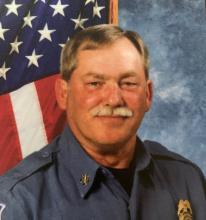 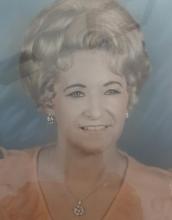 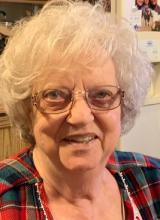