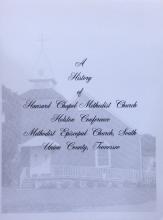 This soft cover 8-1/2 x 11 history by Bonnie Heiskell Peters is a history of the church, and has a catalog of Hansard Chapel Cemetery up to the time of its printing, copies of deeds and pictures. 62 pp. $10 plus shipping. For more information or to order call 865-687-3842 or email bhpeters@att.net. 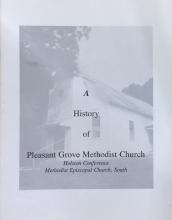 This soft cover 8-1/2 x 11 history by Bonnie Heiskell Peters not only is a history of the church, but has a catalog of Pleasant Grove Cemetery up to the time of its printing. 32 pp. $6 plus shipping. . For more information or to order call 865-687-3842 or email bhpeters@att.net.

Thanks for visiting my booth at Plainview Spring Fest. My website is http://acornsfromivy.wordpress.com

Acorns from Ivy Christian Book Ministry is currently working with local nursing homes to place good clean and inspirational books by each bedside. Also, biweekly readings and prayer are held for nursing home residents who are able to attend them.

Brianna Walters loves her home in the foothills of the Smoky Mountains. Spending time in the misty giants is a coping mechanism since her beloved husband Grant died in a plane crash.
Four years after his death Bree is making some headway in forcing Grant’s memories into the recesses of her mind rather than the forefront of her heart. Her faith has become a distant memory as well. No man can replace Grant, so she focuses her energy into running her company. 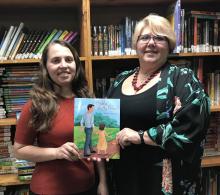 My name is Shawna Woodward. I am 28 years old. I have lived in Maynardville, TN, all my life. My parents are James Michael Woodward and Annette Crawford Woodward, who is also a lifetime resident of Union county.

I know all of you think I am slower than Christmas, and you’re right. I promised you book three in the Smoky Mountain Mist series before the end of 2017. Obviously, I didn’t make that deadline. Sometimes life calls and I chose to do something else instead of writing. For a while. A long while.

I am happy to announce that Dawn’s Gray Light went live on Amazon in Kindle form today. The paperback should be available by the end of next week.

Adventurous twelve-year old Brooksie discovered a hidden room in her grandparent’s attic. She opened up an old hat box and found her mother’s favorite childhood doll wrapped up inside. Brooksie’s great-grandfather sent it from Alaska and it was believed to have burned in the trash pile years ago. After showing it to her father, he takes it from her. A few days later he was murdered and the doll becomes a faded memory until it reappeared six years later after a freak accident. What was it about the doll that people kept hiding it? 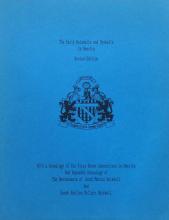 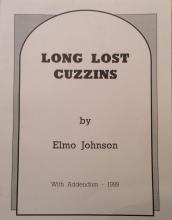 Long Lost Cuzzins by Elmo Johnson with an addendum of McClain genealogy by Bonnie Heiskell Peters. For more information, call 865-687-3842 or email bhpeters@att.net. 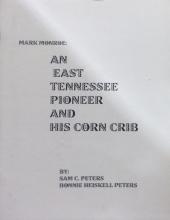 Mark Monroe gave the land for the Union County Courthouse. This soft cover 8-1/2 x 11 history by Sam and Bonnie Peters tells the story of the preservation of Reverend Monroe’s crib. 22 pp. $5 plus shipping. . For more information or to order call 865-687-3842 or email bhpeters@att.net.

I’m pleased to announce the release of my newest children’s book, "The Noise in the Woods," in both English and Spanish versions. This is my fourth children’s book, and its theme is imagination. My previous three books explore other ideas; "Father and Sister Radish and the Rose-Colored Glasses" is about friendship, "The Box of Toys" is about generosity, and "The Boy and His Mountain" is about how children see the world differently than we adults do. All four are available in both languages, and all four are illustrated by A. B. 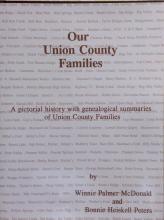 Glory Donaghan has a wonderful church, a devoted family, and a flourishing career. She feels God’s hand on every aspect of her life.
That life flips when Glory awakens in a hospital accused of drug abuse by Tanner Slade, a man she’d just met. Her problems compound when the infuriating angler continues to involve himself in her life.
When Glory tries to help an abused teen, more complications arise, and her own life is threatened. Her perfect world disintegrates, along with her faith.

Moving from Idaho to Tennessee brought many surprises after I transported Frankie, our rescued barn cat, to my lakeside home in Tennessee. Following is a part of the Sixth Chapter:

Autumn leaves covered the driveway and a slight chill filled the air. The moving men had now delivered our possessions to our home in Tellico Village. After they left and all the cardboard boxes were deposited in specific rooms, Larry, my husband, and I began unpacking. Frankie explored his new surroundings, and, as an indoor cat, he was amazed by an open door from the kitchen to the deck on the second floor.

A 7 x 9 soft cover compilation of newspaper columns by Bonnie Heiskell Peters. Stories are mostly of Union County history, but some other east Tennessee county stories are included. 280 pp. Lots of pictures. $20 plus shipping. . For more information or to order call 865-687-3842 or email bhpeters@att.net. 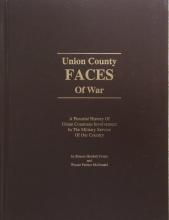 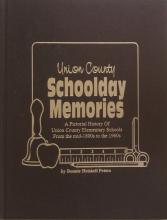 A 9 x 12 hard cover, coffee table edition printed on acid free paper, by Bonnie Heiskell Peters. This is a pictorial history of early Union County elementary schools from the county’s beginning to the mid 1960s when the schools were consolidated to four larger elementary schools. 670 pictures, most of them school groups, 394 pp.
$49 plus shipping. For more information or to order call 865-687-3842 or email bhpeters@att.net.

Published in March of 2016, Why Your History Matters. https://whyyourhistorymatters.com/
available on Amazon.com