The Union County Commission approved the FY 21 Budget and set a tax rate of 2.13999 with no tax increase at its regular meeting on June 22. However, the raise for commissioners will not be included. Mayor Jason Bailey informed the commission that Governor Bill Lee prohibited any commissioner raises for FY21 in an executive order in March due to the high rate of unemployment and the impact of the coronavirus.

County Commission rejected a request regarding sick leave accrued during a previous administration for employees who continued to work under the current sheriff. Sheriff Billy Breeding stated that the employees were requesting over 7900 hours of sick leave to be used for retirement credit only. 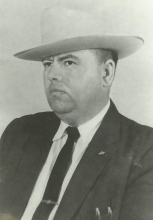 Clean-cut, honest, hardworking, competent, accommodating–these are all adjectives used to describe Sheriff Swan Kitts. There was a sense of presence about him that said, “Sheriff.” But his moment of fame perhaps came with the death of country singer, Hank Williams. I’ve heard and read several accounts of this event, but I’ll only touch on the event involving Patrolman Kitts. Writer Wayne Bledsoe wrote a good piece entitled “Hank’s Final Journey,” which was published in the Knoxville News Sentinel on December 30, 2002.